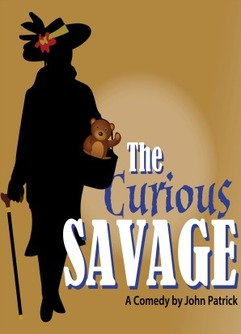 ​"The Curious Savage," a play in which an eccentric widow is left 10 million dollars by her late husband; her wish is to use that money to help others realize their dreams, but her grown stepchildren will do anything to keep her from squandering away "their" money in such a manner, so they have her committed to a sanatorium in an effort to get the money. With the help of Mrs. Savage's new friends, she leads the stepchildren on a merry chase, and learns the true meaning of family in the process.

​Shrek The Musical is a Tony Award-winning fairy tale adventure.  Shrek brings all the beloved characters you know from the film to life on stage and proves there's more to the story than meets the ears.
"Once upon a time, there was a little ogre named Shrek...." And thus begins the tale of an unlikely hero who finds himself on a life-changing journey alongside a wisecracking Donkey and a feisty princess who resists her rescue. Throw in a short-tempered bad guy, a cookie with an attitude and over a dozen other fairy tale misfits, and you've got the kind of mess that calls for a real hero. Luckily, there's one on hand... and his name is Shrek.
Shrek presents a treasure trove of creative opportunities, including costumes, sets, puppets (there is a fire-breathing dragon after all) and more! Irreverently fun for the whole family, Shrek proves that beauty is truly in the eye of the ogre.

​In Rabbit Hole Becca and Howie Corbett have everything a family could want, until a life-shattering accident turns their world upside down and leaves the couple drifting perilously apart. RABBIT HOLE charts their bittersweet search for comfort in the darkest of places and for a path that will lead them back into the light of day.

January 2020
In Nazi-occupied Holland in World War II, shopkeeper Kraler hides two Jewish families in his attic. Young Anne Frank keeps a diary of everyday life for the Franks and the Van Daans, chronicling the Nazi threat as well as family dynamics. A romance with Peter Van Daan causes jealousy between Anne and her sister, Margot.
​ 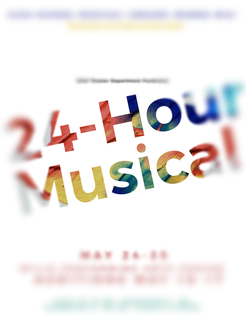 ​The 24 Hour Musical is an event which allows all Wylie ISD students to produce a musical in only 24 hours.  The name of the musical will not be released until the day before the performance in order to maintain the spontaneity of the production.  All Wylie students are welcome to audition!!  Auditions will be held May 11th and 12th at 4pm in the PAC.